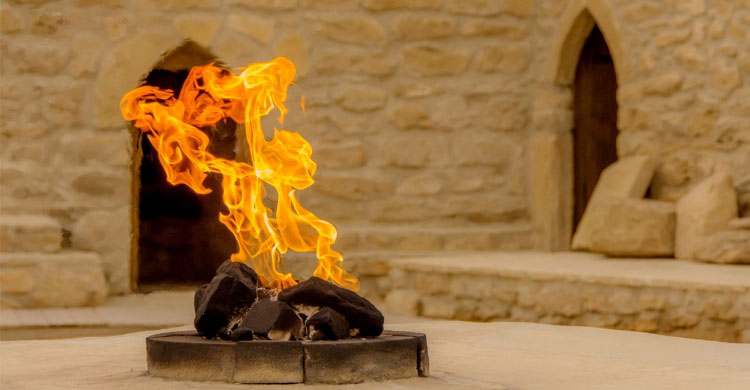 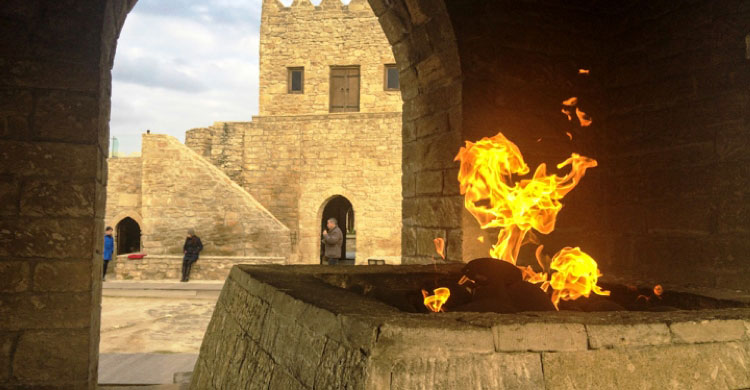 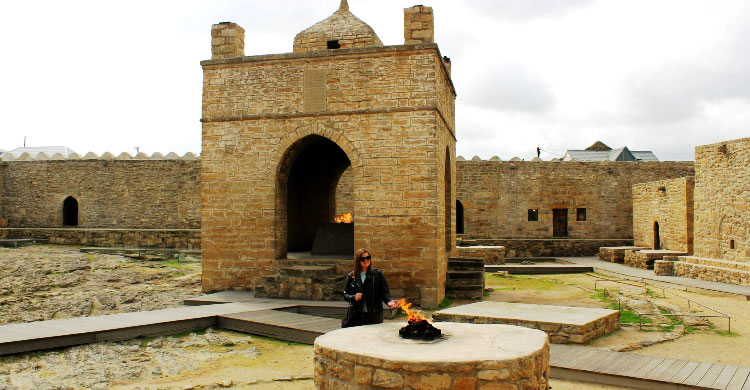 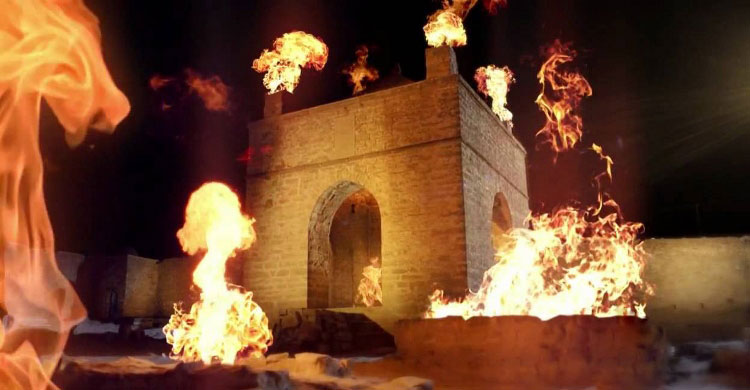 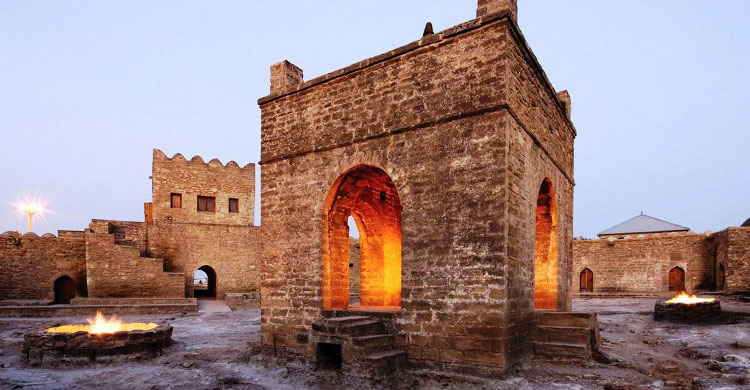 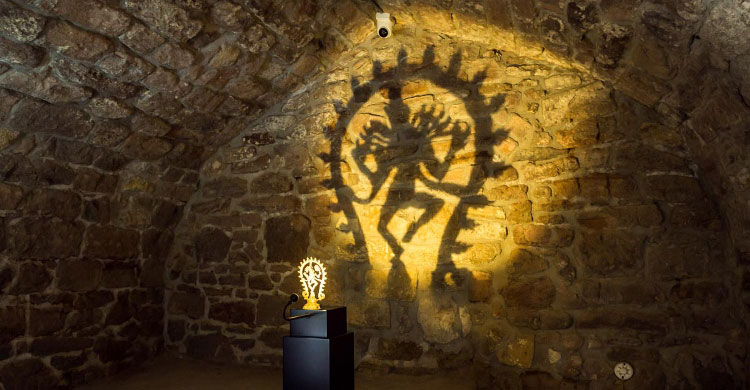 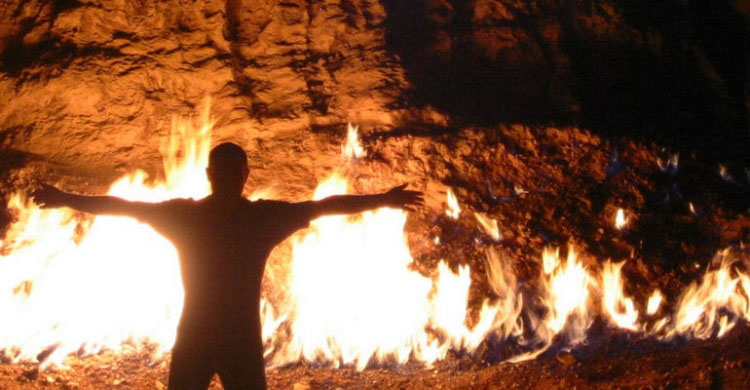 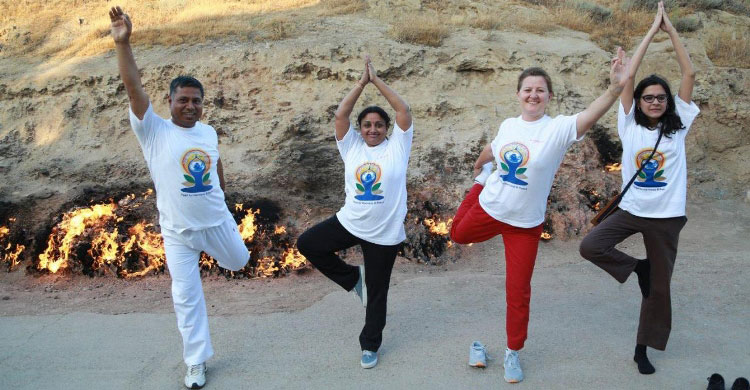 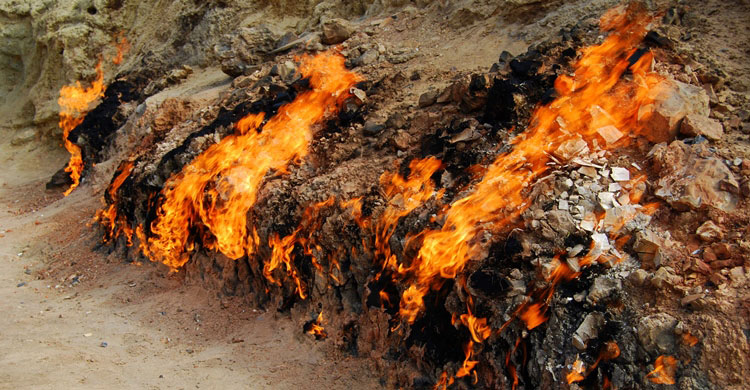 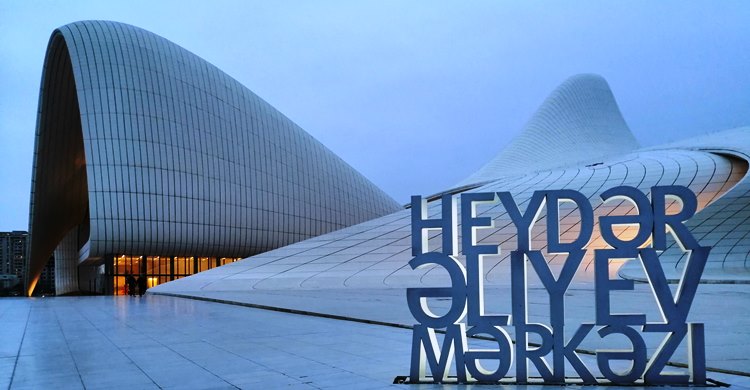 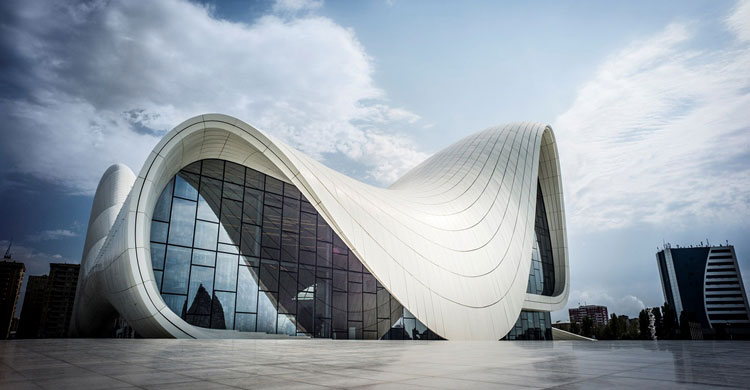 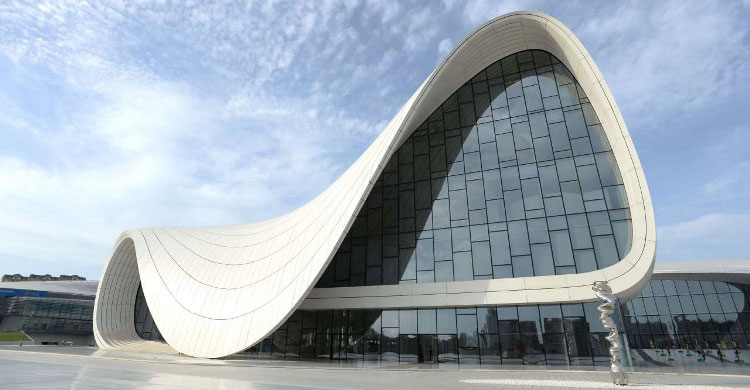 The Baku Ateshgah was a pilgrimage and philosophical centre of Zoroastrians from Northwestern Indian Subcontinent, who were involved in trade with the Caspian area via the famous "Grand Trunk Road". The four holy elements of their belief were: ateshi (fire), badi (air), abi (water), and heki (earth). The temple ceased to be a place of worship after 1883 with the installation of petroleum plants (industry) at Surakhany. The complex was turned into a museum in 1975. The annual number of visitors to the museum is 15,000.

The Temple of Fire "Ateshgah" was nominated for List of World Heritage Sites, UNESCO in 1998. On December 19, 2007, it was declared a state historical-architectural reserve by decree of the President of Azerbaijan.

Yanar Dag flame burns fairly steadily, as it involves a steady seep of gas from the subsurface. Due to the large concentration of natural gas under the Absheron Peninsula, natural flames burned there throughout antiquity. Only a handful of fire mountains exist today in the world, and most are located in Azerbaijan.

You can go to the links below to get more information about the places in the itinerary:

Secure your spot while keeping your plans open

We'll reserve your spot today, and You can pay at a later date - with the ability to cancel up to two days before your experience. It is the easiest way to keep your plans flexible without missing out on the best You will be offered in Azerbaijan. Learn More

* You will be charged 1 $ only to guarantee your spot. This amount will be included to the tour payment, so it will be deducted from end payment.

Where does the Ateshgah & Yanar Dag tour start?

- The tour starts at 1:30 pm from the front of Puppet Theatre or Double Gates of Old City Baku (Gosha Gala Gapisi).

Where does the Ateshgah & Yanar Dag tour end?

After visiting the last sight (Heydar Aliyev Cultural Center), the tour car will drop-off You to your Baku accommodation place. The ending point is the start point: Double Gates of Old City Baku.

Yes! Absolutely! Around 60% of our guests are solo travellers, so you are very welcome to join this, or any other of our tours!

What is the transportation unit for the Ateshgah fire temple & Yanar dag tour?

Usually your car will be Mercedes Sprinter.

We use Mercedes Vito minivans if the group size is lesser than 6 people.

What is the admission fee for Ateshgah & Yanar Dag?

- We don't enter to Heydar Aliyev Cultural Center, so there is no entrance fee required. The guests who wish to visit H.A. Center will leave the group at that sight. But we recommend our guests to visit Heydar Aliyev Center in a separate day.

Is there much walking in Ateshgah & Yanar Dag tour?

- Not much walking is involved in this tour, as we drive right to the activity points. So You walk only inside the sights.

- Though, this tour is not wheelchair (baby stroller) accessible. We recommend to our guests to take a private tour if there is a person with wheelchair or baby stroller.

On internet You can find many posts about the most interesting facts about Baku, but here we chose the ones that TES team thinks are the most...
Ətraflı oxu